Posted on January 23, 2018 by philipthewolff

Look what I found on the internet….

“During the time of the apostle Paul, the shoes worn by the soldiers of the Roman Empire were called caligae. They were specifically designed to keep soldiers’ feet healthy during the rigors of long forced marches and were very different from the sandals worn by most of the populace.

The shoes were constructed from three layers of leather, which were pulled up and laced around the ankle. The caligae helped protect against blisters and foot diseases. In addition, small spikes or iron hobnails were often driven into the soles of the shoes in order to give firm footing on uneven terrain.

A soldier’s shoes formed the foundation of his armament. In those days, the foot soldiers of the empire relied on walking as their primary means of transportation, so the ability to move easily and comfortably was a necessity for them. In addition, they needed to be able to step about in battle without thinking about where they placed their feet. They needed solid footing in order to concentrate on the battle at hand.”

Next time, I will try to explain why I believe that what we wear on our feet is so important. 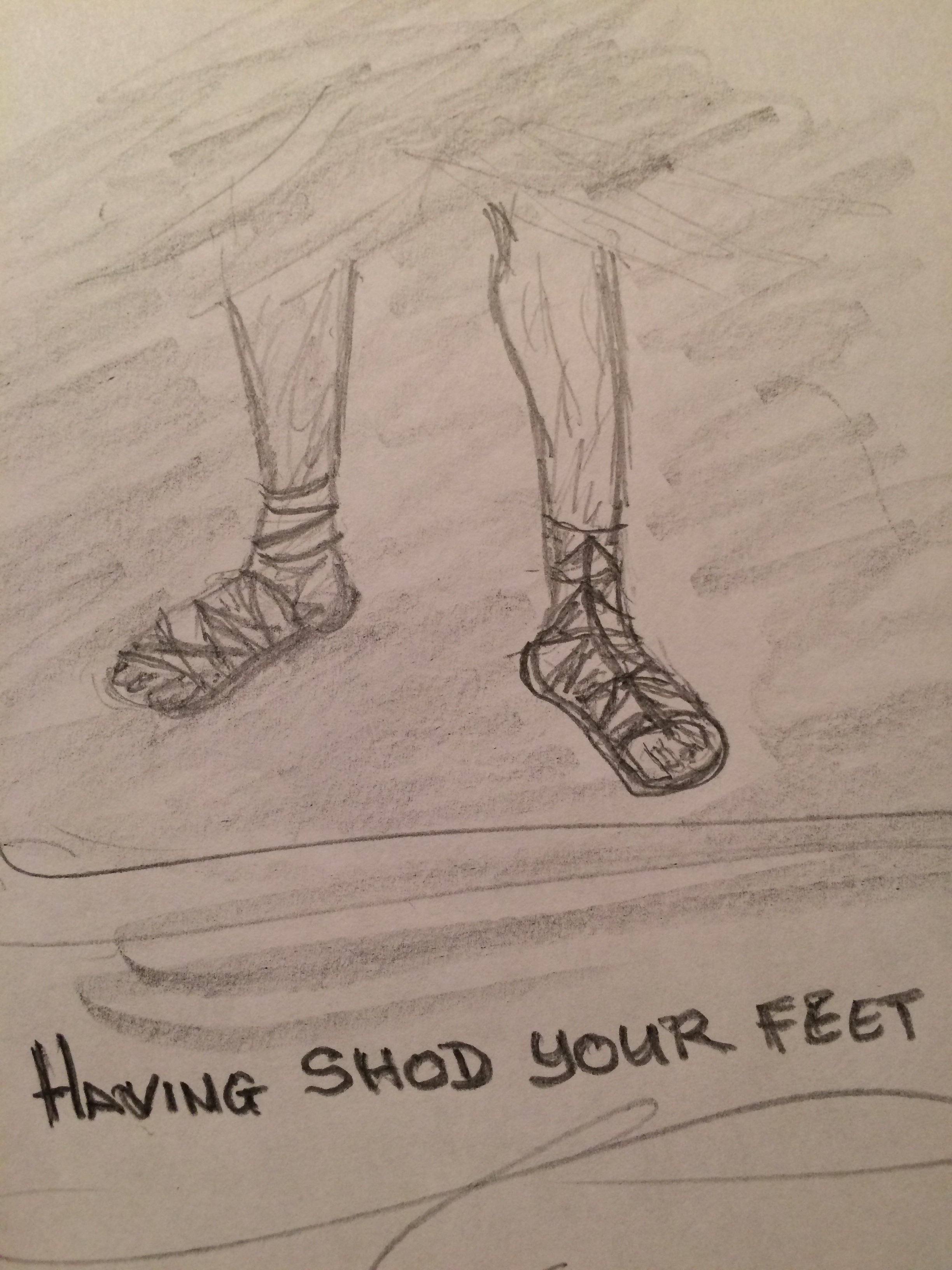 just ask me...
View all posts by philipthewolff →
This entry was posted in Uncategorized. Bookmark the permalink.